Bitukura family is located in Ruhija side of Bwindi Impenetrable National Park. There is accommodation in Ruhija but most tour operators prefer taking their clients to Buhoma for accommodation as Buhoma has several options when it comes to Lodging compared to Ruhija where this Family is located. If you stay at Buhoma, you will need to wakeup early as there is need to drive at least two hours to reach the starting point.

This mountain gorilla family was named Bitukura after a river that bears the same name. As it happens the family was first sighted in near the river which also turned out to be part of its homing range. Habituation of this group begun in July 2007 and the group was opened for tourism in October 2008. This was a relatively easy group to habituate as it had often been encountered by UWA rangers and trackers in their encounters with the Kyaguriro group and this non-threatening human contact made it easier for the group to become accustomed to human company much faster than with other gorilla groups which often take a minimum of two years to fully habituate.

The Bitukura family is peaceable, with little in way of the politics and monkeyshines prone to gorilla families. Ndahura sees to that. The Bitukura and Kyaguriro families share a close bond and are known to have, what can be described in human terms as get-togethers about once each month. The biggest mystery surrounding this peaceable family is the migration of its eldest juvenile daughter to the Kyaguriro family. Whereas it is known that on reaching adulthood, female gorillas are prone to leave the family in favour of starting a family with an eligible solitary male, or simply joining another family – like Twigukye did – she was nonetheless rather young to make the move. But she did it and a study of the family members may help give a clue to this unusual occurrence. Friend them and find out. 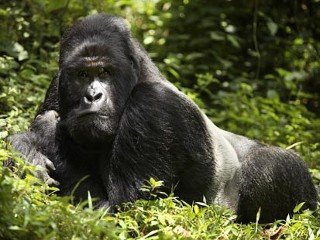